Highlights this week were the departure of the Clipper yachts from Qingdao, including a strong looking UNICEF team, to cross the Pacific Ocean and hiking the Great Wall during a week long visit to Beijing. Sailing for the boats have been frustratingly slow this week with little wind which kept changing direction. But now they are sailing in stronger winds after rounding the Japanese peninsula heading straight for Seattle.

Sunday saw the fleet being send off on their journey after a few presentations, parading along a long, long line of drummers and spectacular coloured fireworks as each boat passed the harbour entrance. The boats paraded a couple of times in front of the light house to the delight of the many spectators who were waiting in some glorious sunny weather.

The UNICEF team looked different. They were much more engaged and looked stronger as a team. I have the feeling they will be doing a lot better than in the previous leg when the news, an hour before the start, that the skipper had resigned was difficult and has meant we never got back in “racing mode”. So far they have been in second and third position but the boats are still very close together and positions are changing daily if not every few hours. As I am writing this they slipped to seventh because they are sailing a bit more south of the rumb line (the shortest route to Seattle) to look for better winds. 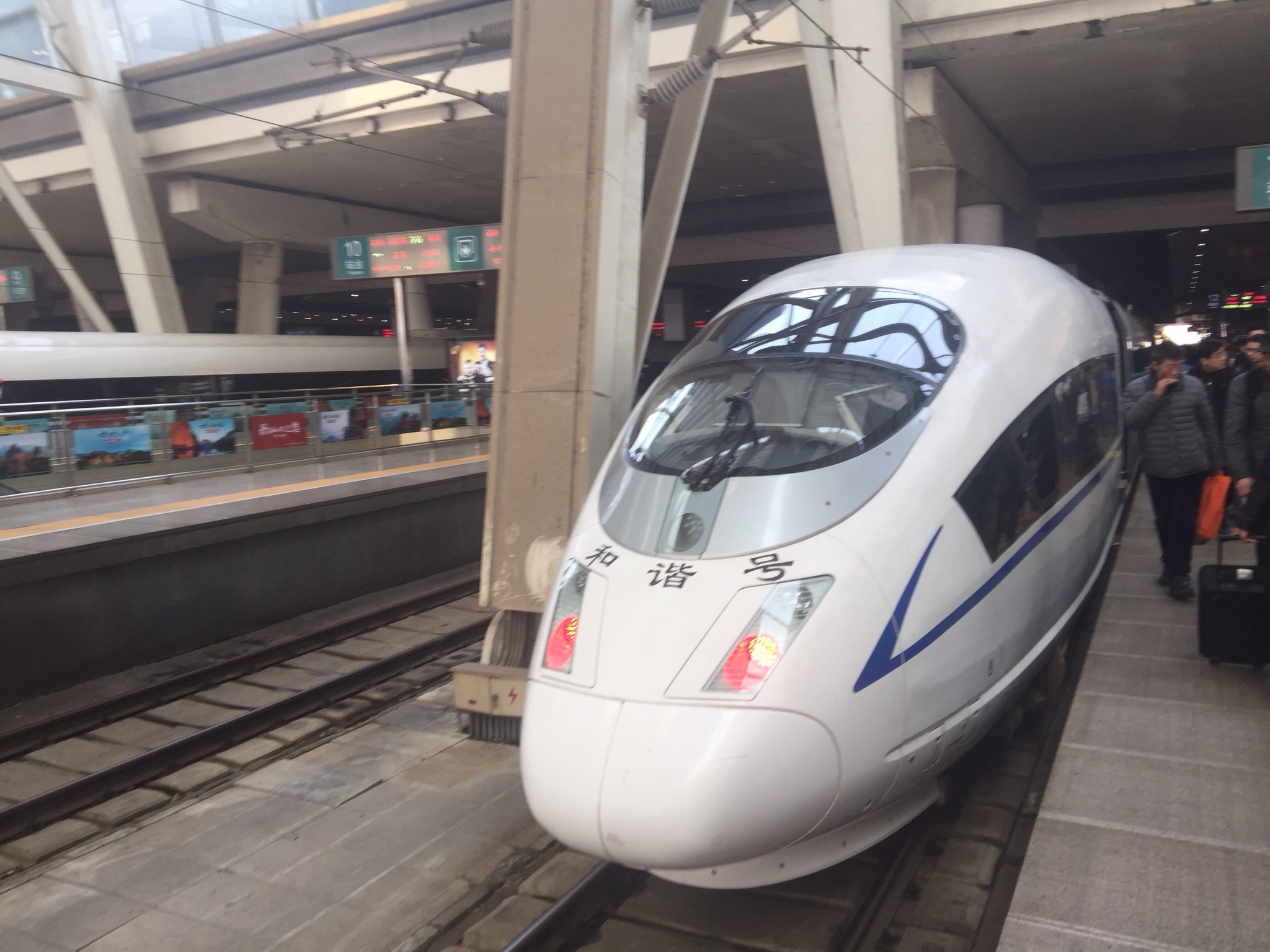 On Monday morning I took the famous Bullet train from Qingdao to Beijing; 512 miles in 4 hours 49 minutes exactly, 190 miles per hour and seven stops on the way. Very comfortable airline style travel including airline style security with bags and people scanned and checked. The same kind of checks are in operation on the Beijing metro and when entering public places such as Tiananmen Square, museums and tourist attractions. Would this have made a difference in Brussels?

A chance meeting with an art student near the Ancestral Temple where they had an exhibition of their work resulted in me buying two nice water colours of the Great Wall north of Beijing and Yellow Mountain in Tangkou south of Beijing. As a thank you she used her calligraphy skills to write a good wish on rice paper. The large character at the top reads “a person who has enough food to eat and enough clothes to wear will be happy for ever”. And the three columns spell my first name, “wish you be happy for ever” and “2016, the year of monkey, Beijing”. What a nice authentic gift!!

The Wednesday hike along the Jinshanling section of the Great Wall was an obvious highlight of the week. This section is being restored and turned into a tourist attraction but is not yet known to many. There were therefore very few people on the wall resulting in some stunning pictures without crowds of people. The weather was also wonderfully sunny but a very cold wind kept temperatures down, ideal for walking and the very steep climbs.

One does not realise the true scale of the Great Wall. The wall is 6,000 km long and runs over the tops of mountains and along its ridges. The amount of stones that had to be excavated and brought up to these heights without mechanised tools is unimaginably huge. This was another “bucket-list” item I was very pleased to tick-off.

Am getting to grips with the Chinese language and can already say “Ni Hao” – hello and “Bu Xiexie” – No thank you. That is all you need to know in the tourist parts of Beijing. Actually it is only in the very tourist areas that people will speak to you. So few people speak English, although the younger generations do get English from primary school level onwards but are far to shy to speak. Some youngsters on the Great Wall clearly understood me and the lads serving in the hotel restaurant do speak some simple English. But then my Mandarine is rubbish, well, non existent to be precise. An elderly man sat next to me on a park bench and started a conversation. I replied in English. He looked suprised and continued, seemingly not being able to comprehend that I did not speak his language.

In the UK play parks are only used by children, you rarely see parents join in let alone the grand parents. In Beijing it seems that play parks are there for the pensioners. You see them using the equipment to do low impact slow movements and elevated push ups. People do retire early in China and they congregate in local parks to play Xianqi, Chinese Chess or Majong, go to singing and dancing classes often arranged in the local parks.

Another interesting fact I discovered is that following the “one child” policy introduced in China, farmers in certain areas are allowed another child after eight years if the first is a girl. Parents will want to ensure that their children get very good education and they are willing to pay for this. Because it means that the children will get better jobs and will be able to better look after their parents in later life. However girls marry, go and live with their husband and will look after the husband's parents. But if they do not marry and have not studied they will not have good jobs to look after their parents. A dilemma which opens a whole “can of worms”. Discuss….

Another week starts with UNICEF sailing in stronger winds now that they have rounded the Japanese peninsula and me travelling from Beijing to Xi'an in central and Guilin and Yangshuo in south China, not alone for a change, but in a group. That will be a test of patience.