The good news that UNICEF is leading the fleet of twelve yachts across the Pacific Ocean towards Seattle is overshadowed by the news that a crew member of Ichor Coal was swept overboard and died most likely from drowning or exposure according to the race organisers.

Today we heard the tragic news of another fatal accident on Ichor Coal. Sarah Young was swept off the boat by a sequence of two waves and her body was recovered an hour later with the help of her personal AIS beacon. AIS is an universal Automatic Identification System used aboard ships to show the position, course and distance to other ships in the area. Each crew member has such AIS beacon in their lifejacket so that the ship can quickly locate a person falling overboard. The race organisers reported that it is likely she died of drowning or exposure.

The UNICEF team has been leading the race this week. The team has a new skipper who is clearly in racing mode and aspiring the team to do well, helm accurately and change sails if and when required. They are motivated and working as a team and we can only hope that their high spirit can recover from the tragic news of a member of our Clipper family passing away.

Conditions for the teams have been very variable. They have cleared the south of Japan with its fishing fleets and can now sail unrestricted towards the east. They have had to content with some very short and sharp low pressure fronts with rain and gusting winds which then dropped to zero in a matter of an hour. I sincerely hope they can end this race with a podium finish, wouldn't that be great?

Meanwhile I am ending my tour around China in Shanghai this weekend. China is such a different place from what we hear in the media and our general perception. The countryside in the north can be very bleak with little green and a lot of high rise residential flats. The south, in particular Guiling and Yangshuo look sub-tropical. It is interesting that people in Beijing are very stern looking, not smiling and not showing any emotions in the streets while in Yangshuo people are smiling and having a great time.

The visit to the Terracotta Army and the temples in and around Xi'an was one of the high-lights of the trip. The scale of the excavations to expose the 6,000 warrior statues buried meters underground is mind blowing and has taken decades. It is likely to take decades more to expose everything buried.

The old Xi'an city wall is 10 miles long around the centre of the city. We hired bikes and rode on the top of the wall from tower to tower. 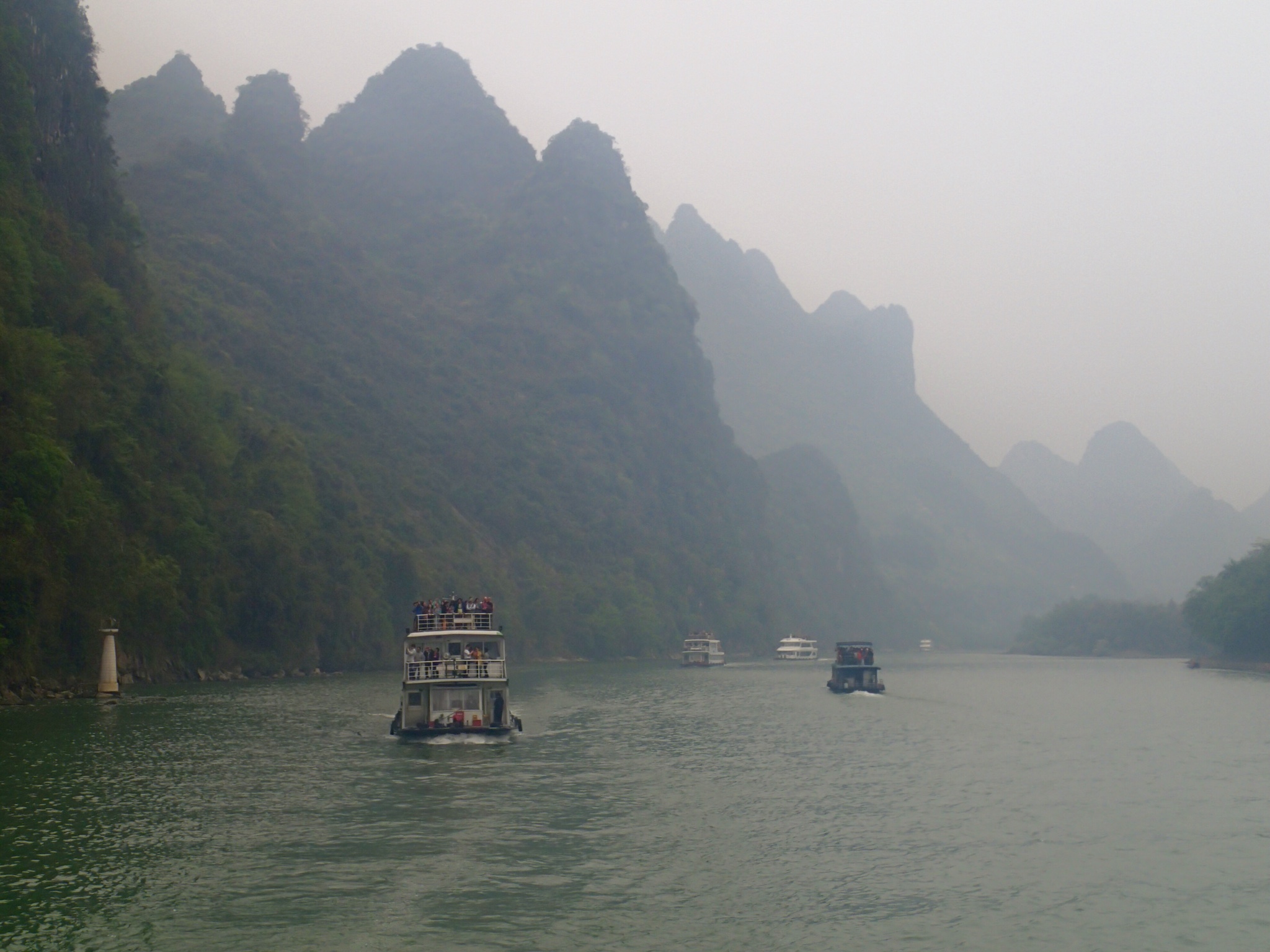 In Guilin, in the south of China, we visited the famous Reed Flute Cave and Elephant Hill. Food in China is interesting, as the saying says, the Chinese eat everything on four legs except the table. It is often better not to ask what you are eating.

Another high-light was the river cruise on the river Li from Guilin to Yangshuo watching the characteristic tall and narrow hills along the river. These are made of karst, weathered limestone, creating high columns with sharp and conical tops so distinctive on the Chinese tourist board pictures.

Last night we finished our visit to Yangshuo with a spectacular light show on the scale of the Beijing 2008 Olympic Games opening ceremony, actually it was designed by the same people that designed the Beijing opening ceremony. The show was performed on the river with the huge karst column hills lid up in the background with a cast of 600 local people.

Am now on the way to Shanghai finishing my China trip tomorrow and flying to Seattle on Monday to start my next phase of my round the world journey.