A brilliant sixth place for Unicef!!

The week started with a brilliantly sixth place for Unicef. They were more than 30 miles behind Visit Seatlle when they decided to stay further out to sea than the rest of the fleet. They got better wind possibly less current in deeper waters and kept going at 8 knots while Visit Seattle dropped to 3 to 4 knots. They quickly overtook Visit Seattle and finished in Sydney five hours ahead and under spinaker to a raptious welcome. There were even boats coming out into the harbour to welcome them over the finishing not line. The final positions have been announced after the remainder of the fleet were becalmed and are motor sailing to Sydney.

For those that cannot wait until my next weekly newsletter; on the homepage of the Clipper Round the World website you can subscribe to the daily Clipper newsletters in addition to my weekly newsletter of my trip.

Crew member Magda has organised a fundraise event in Sydney to cycle the length of the Rolex Sydney Hobart Yacht Race (628 nautical miles/723 miles) on static bikes at the Cruising Yacht Club of Australia. Anyone near Rushcutters Bay in Sydney is invited to donate to UNICEF and spend some time on the bike adding to the miles

After 20 hours of flights, starting at 6 o'clock on Wednesday morning and finishing at midnight on Thursday, I finally arrived in Melbourne and walked to the hotel in 30 oC just before midnight!! Bit of a change from the cold Edinburgh. The Australians have officially declared this a dangerous condition and warns people to stay out of the sun and drink plenty of fluids.

This week also features the first instalment of the Clipper 2015-16 Race TV series, ‘Race of Their Lives 2’ which had its premiere broadcast on FOX SPORTS 2 Australia at 1600 AEDT Friday 18 December. The program can be watched in the UK on Bloomberg TV on Sky channel 502; Virgin channel 609 and Freesat channel 208.

There has also been a tornado destroying many homes in Sydney. Last week there were reports of boats having seen tornados or also called “Water Spouts” out on the water. One skipper reported a Water Spout not more than 100 meters from the boat and the crew were all hiding below deck.

Sorted out the communications today in the form of yet another phone this time an Android, but the blogs need to be published and things arranged. Then in the evening a great tram journey to the north to meet an former colleague and good friend and her family. We were fortunate enough so see the Victoria's Flying Foxes, a colony of grey-headed flying-foxes which have been coming to Melbourne for more than 100 years.

People are encouraged to watch and appreciate the flying-foxes, but the animals must not be disturbed because under the Wildlife Act, causing the death of a flying-fox could result in a fine of up to $28,800 and/or 24 months' imprisonment. No clapping of hands to get a good picture of flying bats. These are much bigger than the normal cave bats and can be watched at dusk at Yarra Bend Park, Kew. 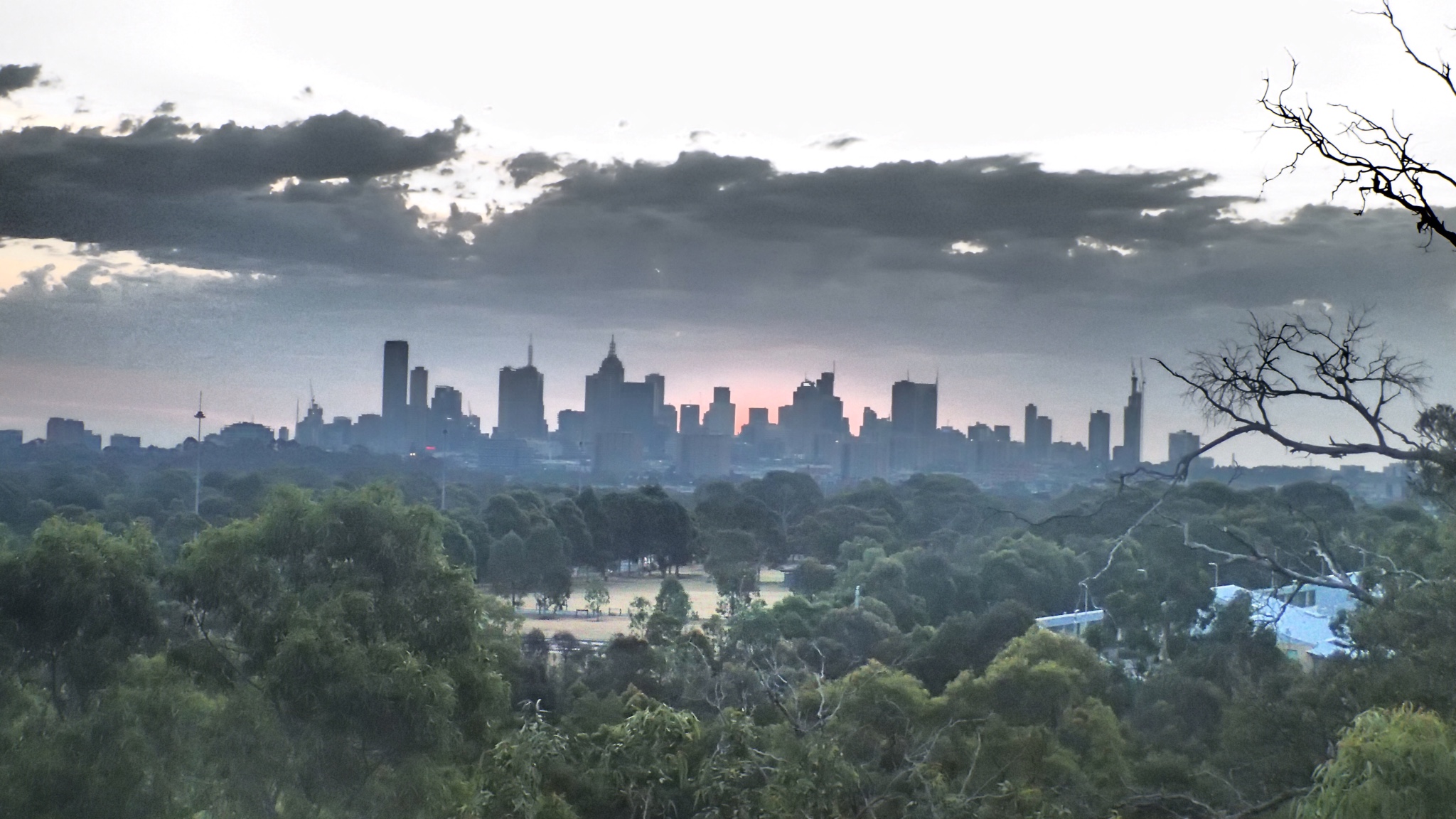 Tomorrow I will be picking up the camper and travel along the south coast towards Sydney. The Melbourne tourist board were very helpful in providing information where to go and what to see. Phillip Island will be the first destination tomorrow.
Till next