Another week full of emotions and surprises. This adventure certainly keeps me on my toes. Saying goodbye to my friends on Clipper UNICEF and then travelling back to the UK for medical treatment was difficult but today I am booking flights and accommodation for a return to Qingdao in China while the teams are having an upwind battle towards the east coast of Taiwan trying to maintain the highest VMG possible.

The week started with an emotional goodbye to my friends on Clipper UNICEF. These people, with which I have spend a four and a half week adventure racing from Australia to Vietnam, have become close friends. The teams rounded the headland north of Da Nang to the starting line which was along the east coast, a stretch of coast with beach hotels and resorts. One of the resorts, opposite the starting line, had arranged a seating area on the beach with drinks and snacks. We happily took advantage of the service while waiting for the fleet to take their positions on the starting line.

A few minutes before the start UNICEF charged to the starting line in an attempt to be one of the first over the line, but alas the main sail halyard broke and the mainsail came crashing down. Frustratingly they limped over the starting line with only their headsails, a staysail and Yankee sail. A disappointing start and the reason why you see them in last position because it took them until the next morning to threat another halyard through the mast with the help of a crew member hoisted to the top of the mast.

In January during my race from Airlie Beach to Da Nang, the LMAX Exchange crew came across a dismasted boat south of Guam. At the time, we were not allowed to release any further details but it was in fact the German-registered yacht Sayo which has been in the news this week following its discovery off the coast of the Philippines with the sole occupant dead, probably for some considerable time. The Huffingtonpost article has more detail together with a graphic photo of the mummified body of the German adventurer.

An LMAX Exchange crew member boarded the yacht in January and reported the find which was relayed to the relevant authorities who instructed the team to continue racing while they took over the investigation and traced the next of kin. 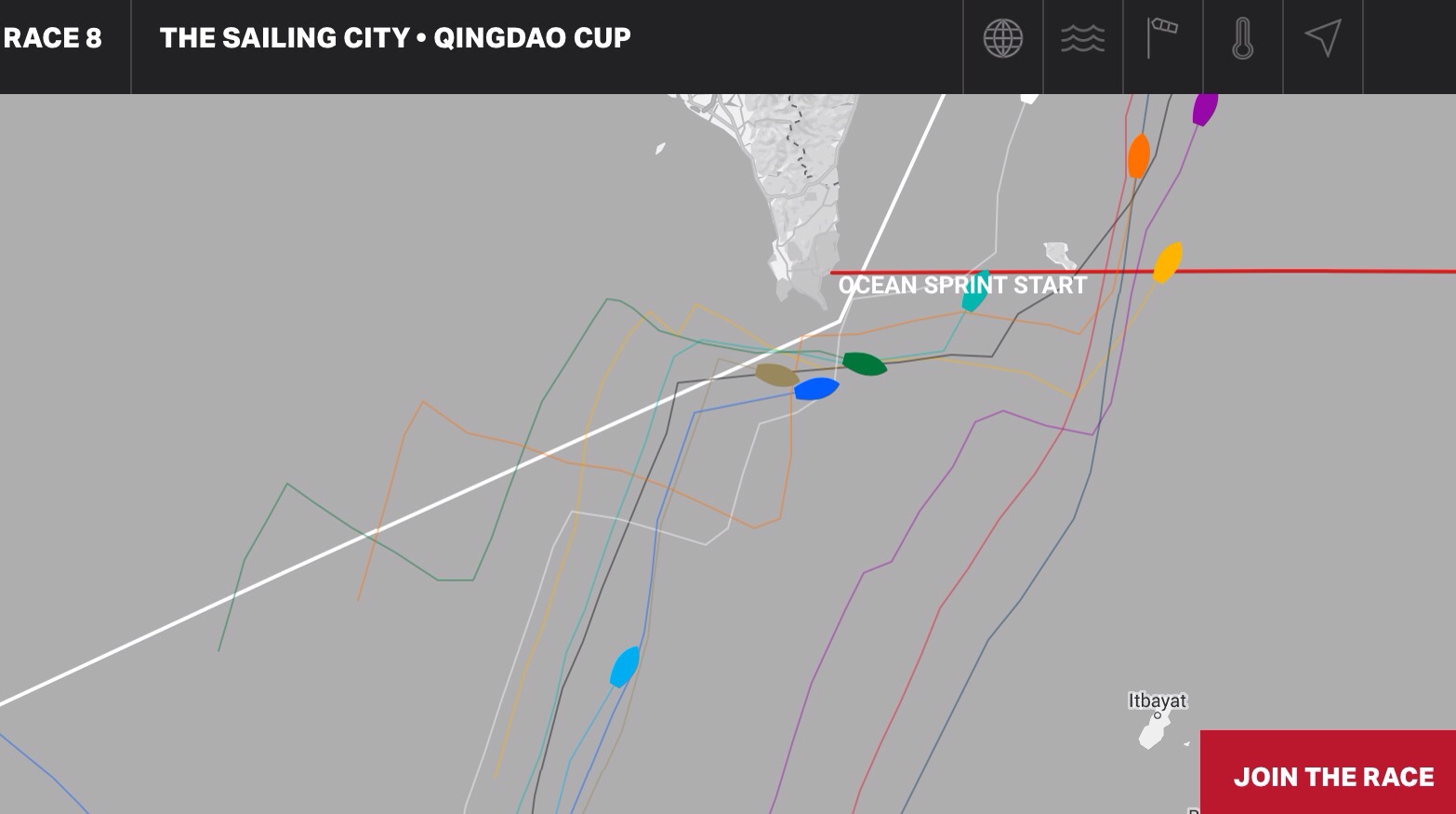 This is a tracker screen shot showing the coloured track lines of the boats beating upwind towards and past Taiwan. The Clipper article talks about VMG or Velocity Made Good and I thought better to explain this. When the boats need to be sailing in the direction of the wind it can only do this at roughly 45 degree angle to the wind. In other words it zig-zags it's way into the wind which you can see from the coloured lines in the picture above. VMG is therefore the speed at which the boat is going in the right direction e.g. upwind.

When the wind has been blowing for a while from a certain direction it causes the waves to come from the same direction. So all the boats are heeled over to 30o or more and the bow is falling in between the waves making life very uncomfortable indeed. You are hanging on with one hand while trying to do something with the other. Just think how you would go to the toilet while everything is at an steep angle and going up and down while you need to hang on with one hand at all times.

On Sunday I took a flight back to the UK to get medical treatment on my broken and bruised hand. After arriving on Monday I was told by my GP to go to A&E. The next morning x-rays were taken and to my relieve the cast came off. Finger strapped and back home with the message, “it is outside the 10 day window in which we can set the bone, you should get back full function of the hand”. It suits me and after a few days I do a lot more with the hand but need to be very careful!! Apparently the strapping needs to be kept on for a few more weeks. Ooops.

So the adventure continues albeit not on the Clipper race. The risk of damaging my still healing hand and not being able to hold on and therefore getting another accident is just too great for me. Just booked a flight to Qingdao to welcome the crew and to witness the famed hero's welcome the city has given the crews during the past race editions. I will then take the train to Beijing to explore China in much more detail of which more in my blog next week.

I shall not be beaten, the adventure continues.