My team UNICEF has finally got their podium finish in the race across the Pacific from Qingdao to Seattle and Yesterday left Seattle to start their one but last leg 7 to Panama and on to New York. For me this week has been travelling from Wyoming through Idaho, Montana, South Dakota into Iowa. Visiting the last National Parks and National Monuments on my way to Cedar Rapids.

A second place in the most challenging race of the journey is an epic result and it is not surprising that the team has been on “cloud nine” and have been thoroughly celebrating their victory. The team has received their first pennant and each crew member receive their smaller version to frame and hang above their bed

But yesterday the fleet left Seattle for leg 7 with one race to Panama and a second race to New York. This is a very long leg because of the northerly location of Seattle. In previous editions of the race they have been to San Francisco roughly 1,000 Nm south, so this time they start 1,000 Nm further north. The boats left Seattle motor sailing (using the motor while the main sail is hoisted and the fore sails are ready to be hoisted) to avoid trouble in the busy shipping lanes going in and out of Seattle. The start is today at 15:00 local time.

Earlier this week I left the Arches National Park to drive north to see the Teton and Yellowstone National Parks. Driving so far north also means that the weather is changing and the temperatures are dropping. From sunshine and temperatures near 25 oC (77 oF) it is now raining and around 5 oC (41 oF). It also has other consequences, in the south some parts of the national parks are closed but in the north there is still a lot of snow on the higher roads. At elevations of 2,000 meters and higher where most of both the Teton and Yellowstone parks are, there is still a lot of snow and ice. The main scenic route in Teton and three of the five entrances to the Yellowstone park were closed. Thinking I could drive through Teton through the south entrance of Yellowstone and out in the east had to be radically re-thought. 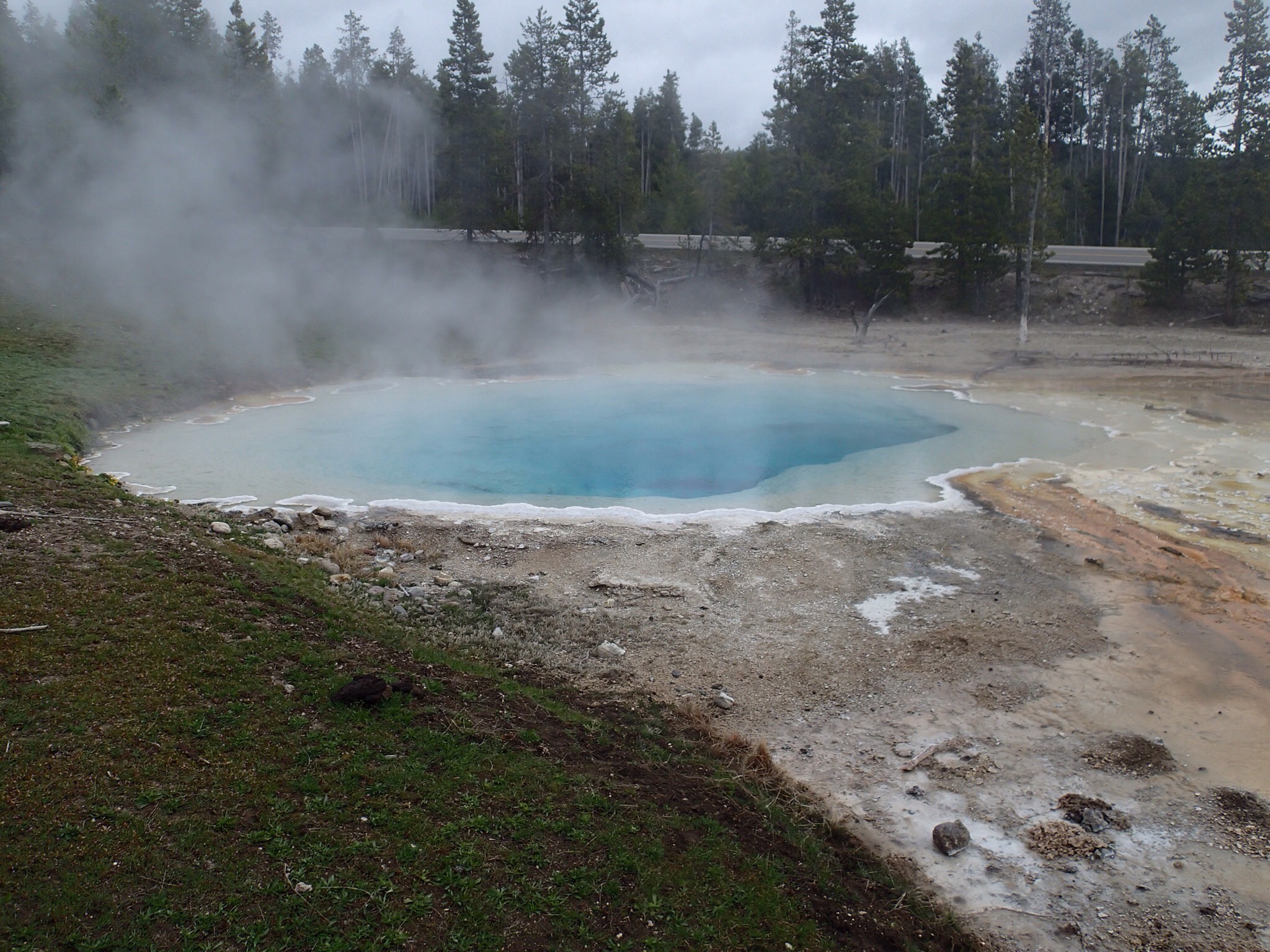 I eventually ended up driving from Teton to the west entrance of Yellowstone and out through the north entrance and driving to Cody near the east entrance a 500 mile drive while spending as much time as possible in the park. Eventually arrived in Cody late at night. The views in Yellowstone are spectacular and the hot springs fascinating making the very long 14 hour day worthwhile.

The following day I spend leisurely in Cody, home of Buffalo Bill and the Cody Buffalo Bill Centre where I spend the whole afternoon wandering in the five museum parts. There is the Buffalo Bill Museum, an art museum, Cody Fire arms museum, the Draper National History Museum and the Plains Indian Museum. One of the best museums I have been to, so well laid-out and spacious and a welcome hideaway from the relentless rain outside. 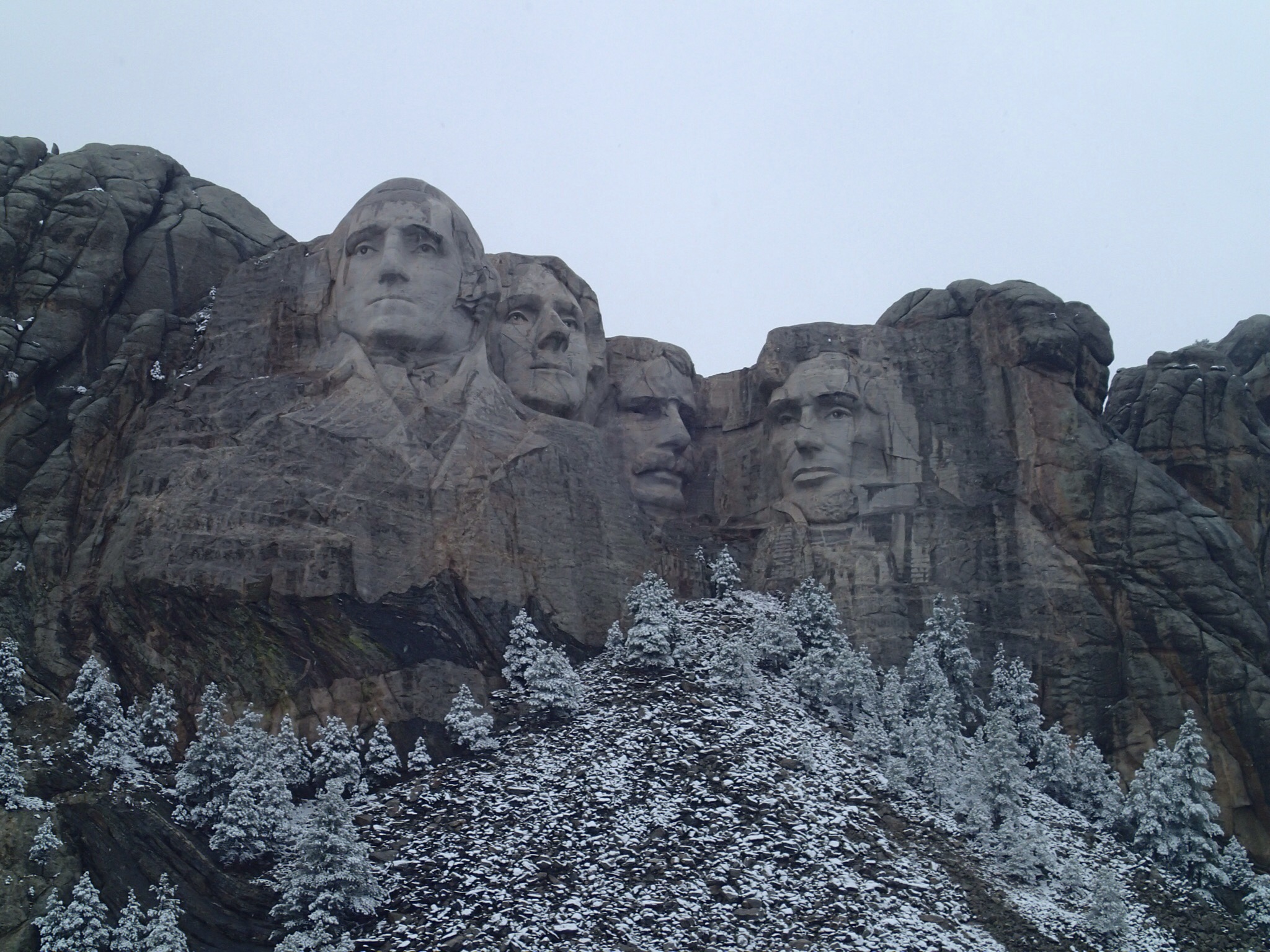 Left Cody via the Bighorn Canyon National Park where mustangs freely roam the canyon. The pass over the mountains was closed, so had to detour via a southerly route over the “only” 3,320 mtr ( 10,892 feet) mountain pass. Temperatures dropped to -7oC (20 oF) and there was a lot of snow making driving in on these high altitudes “exiting” and “interesting. Eventually arrived in Rapid City to spend a day visiting the Badlands National Park and the Mount Rushmore National Monument. 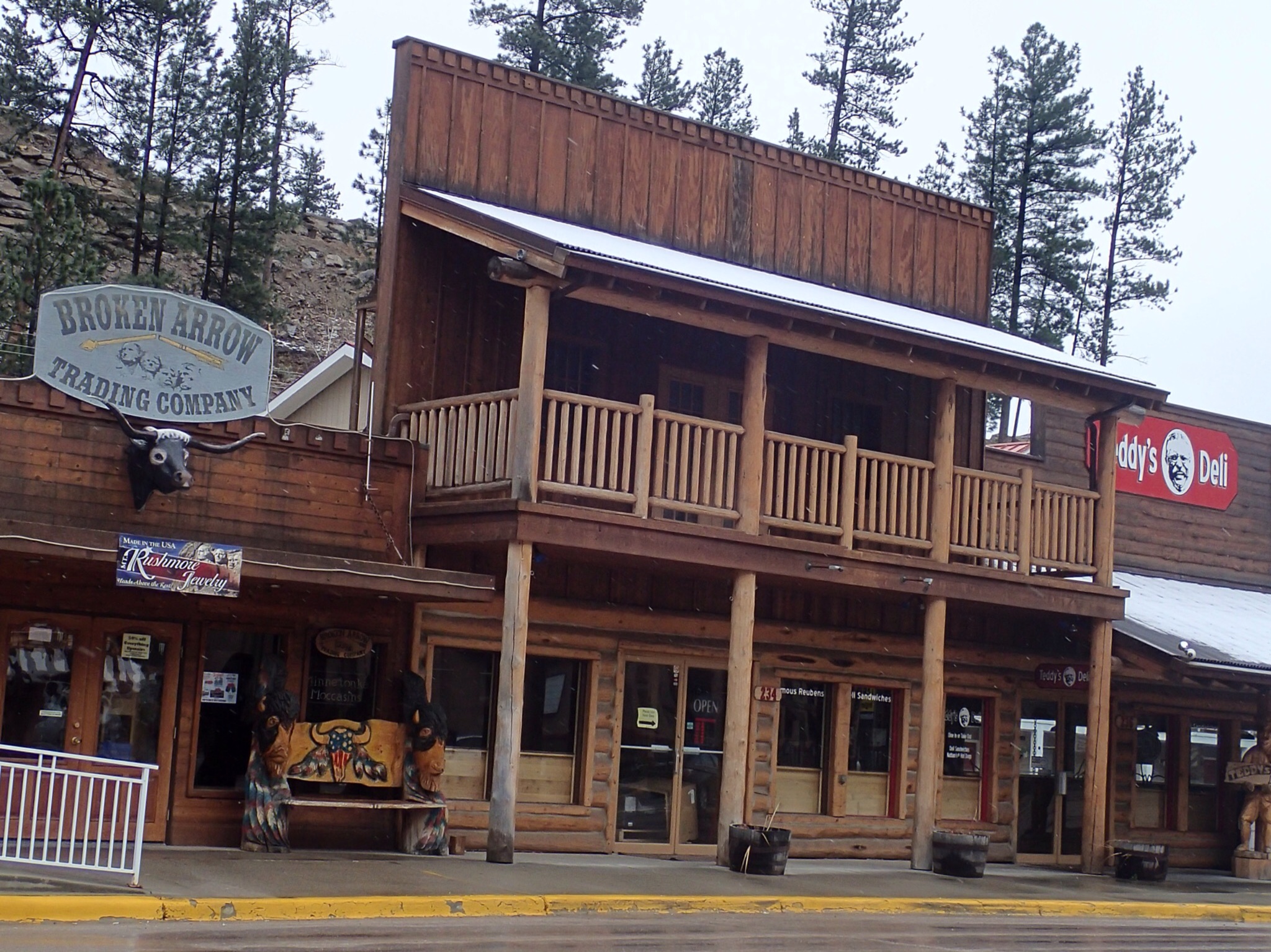 Driving through Wyoming and South Dakota does sometimes feel if you are in the old Wild West with the typical wooden buildings and people with big stetson cowboy hats.

Today I have arrived in Cedar Falls not far from Cedar Rapids to drop-off the hire car tomorrow and check-in my hotel for the next four weeks while working in Cedar Rapids.

This American road trip along the National Parks and Monuments has been epic. I visited 22 parks and monuments and driven 5,000 miles through 11 states. Not bad for a 20 day journey.

Next week I will be trying to settle into the “8 to 5” routine after five months travelling. My team will be sailing down south to some warmer weather initially in a good breeze but then light winds when they again approach the Doldrums near Panama. Will keep you informed in my blog post next week.